A REVAMPED January schedule will be highlighted with the return of 410 Sprintcar racing to Castrol Edge Lismore Speedway.

Promoter David Lander is working in co-operation with Brisbane's John Kelly to be a part of a four-track series – also including Toowoomba, Archerfield and Maryborough Speedways – over the January high time of the season. The Sprintcar division will race at Lismore on Tuesday, January 12.

The Sprintcars' appearance at Lismore Showground, after not previously scheduled for 2020-2021 term, represents a wonderful boost to the season's changed fixtures. The Sprintcars' Lismore show last January was one of the highlights of the 2019-2020 season.

“Due to Covid-19 restrictions, we have had to make some changes and adjustments to our high time January schedule and now we have added Sprintcars as a round of the northern series. Of course, we will commence with our annual Boxing Day V8 Dirt Modified meeting featuring the opening round of the Mr Modified series,” Lander said.

“Then January 1 and the Monster Truck appearance remains as planned, also January 9 for the Mr Modified final, but the exciting addition is Tuesday, January 12 for the Sprintcars.

“It will be great to have such a strong line-up here and I am assured last season's winner James McFadden will be a starter.”

There will be push bike races and the Wheelie Bin Grand Prix as an addition to the night of fun and frivolity. Kids must not only bring their push bike but also safety protective head gear to be eligible to compete.

The racing side of the programme will be highlighted with the annual running of “The Dream” 30-lap Production Sedan main event. There also will be action for Wingless Sprintcars, Street Stocks, Junior Sedans, National Fours and RSA Four Cylinder Sedans. 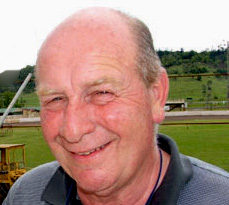 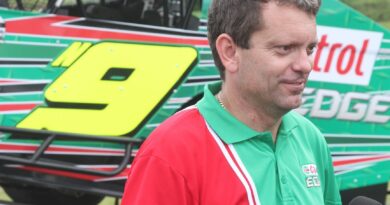 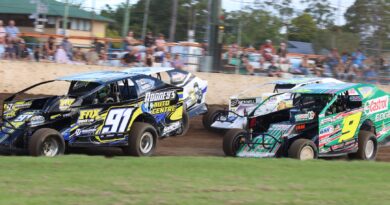