There's also a Monster Trucks and fireworks spectacular (January 22, 2022) as part of the major attractions.

“I think this will be an excellent season coming up. The three appearances by 410 Sprintcars is a massive boost and I am pleased to have had good negotiations with the Super Sedan Association for their two shows,” promoter David Lander said.

The first Super Sedan appearance is set for November 20, while the other show will be held on February 19. Both meetings will be a part of the Super Sedan Association's own series which also takes in Queensland tracks.

In what is arguably the biggest event of the season, World Series Sprintcars will once again haul into the Lismore Showground venue for a round of their national series. After more regular appearances in recent years, Lismore has now become a permanent fixture on the the WSS Championship trail.

This WSS show will be at the peak of the holiday season with a Thursday, January 13 fixture date.

Lander also has had a very successful outcome following talks with the Sprintcar Association of New South Wales personnel.

The state governing body has agreed to two dates as “club shows” – the first on December 4 and the other scheduled for April 2.

The season commences on November 6 with the annual running of the V8 Dirt Modified Lord Mayor's Cup. The race was introduced when Lander took over as promoter for the 2007-2008 season and has grown considerably in stature in following years.

The V8 Dirt Modifieds are again set for a busy season with their usual Boxing Day appearance for the opening round of the Mr Modified series. This will be followed by the deciding round on January 8, while the Modified Rumble is set for February 5.

V8 Dirt Dirt Modifieds also will race at Lismore on March 19 before their two night double header (April 16 and 17) for the Easter V8 Modified Nationals.

Wingless Sprintcars are booked for regular appearances throughout the season, while all the support categories, including Street Stocks, Four Cylinder Sedans and Junior Sedans also are in line for constant racing.

Next season represents Dave Lander's fifteenth consecutive term as promoter, having controlled the venue for more seasons than any other operator in the history of the circuit. 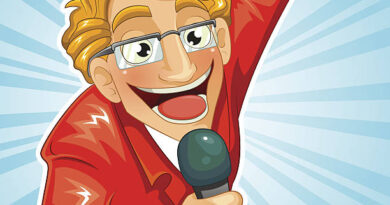 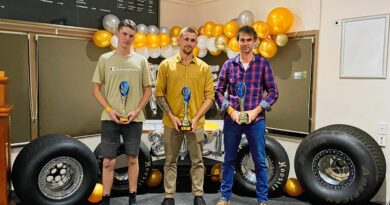