Not usually recognised as a bike track – even though bikes raced at the historic Lismore Showground speedway venue many decades ago – two wheel competition is programmed this weekend.

The kids will take to the track as part of the annual Christmas pageant in the countdown to the Festive Season.

It's a night of novelty events, tug-of-war contests, and a whole lot more as Christmas comes four weeks early to the venue.

It's not the normal run-of-the-mill speedway race fixture, but car racing will still be prominent, with six categories programmed.

“When I took over promoting Castrol Edge Lismore Speedway some years ago, I was looking for something different as a race fixture leading into Christmas,” he said.

“I came up with this idea and it has been a regular part of our season calendar every since. There's also face painting, a jumping castle and plenty of lollies to be eaten. It's a very special meeting on our calendar.”

Santa Claus also will make a very special trip from his headquarters and pay a visit to the Lismore circuit on Saturday night.

On the serious racing side of the night's attractions, local drivers are prominent in the form guide when it comes to picking a likely winner of 'The Dream' 30-lap feature race.

Jordan was a feature race winner at the opening meeting of the season on November 2 and two week later it was Graham who took out the main event.

There is a strong contingent of locals ready for this important race which also has attracted a number of strong runners from north of the border.

It sets the scene for one of the most keenly contested Production Sedan meetings in recent years. Twenty-five entries have so far been received and that number may further increase.

The night also will feature another round of the BH Contracting Wingless Sprintcar driver to America series.

The tournament is currently led by Michael Butcher who has enjoyed a very successful start to the season. 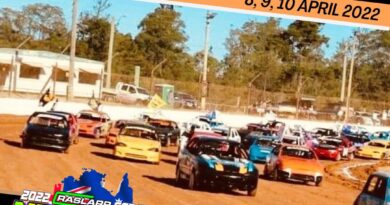 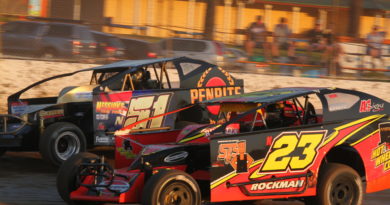