Britten, 26, has concentrated his tough racing schedule on national events over the past few seasons in between his American visits.

Britten enters the Lismore Showground arena fresh from his recent state title success at the Grafton Speedway which has given him a prominent spot in the point standings of the national Five Star Series.

The Mr Modified Series grand final also carries points as round two of the Five Star tournament following Grafton and Britten is keen to continue his strong  start to the series. He says he is looking forward to the challenge that awaits at Lismore.

“It's definitely going to be a hard night's racing, that's for sure and certain,” he said as he added the finishes tough to the preparation of his American factory built Troyer V8 Dirt Modified.

The Lismore circuit, with its circular shape and tight confines, is far removed from some of the tracks he has visited in America.  “Lismore is definitely a physical track and it takes a toll on your body as you're virtually continually in a circle. It's a real driver's track, but I am looking forward to the challenge.”

Race officials have received a very strong entry list for the two major title events for V8 Dirt Modifieds that will be held over the January 25 and 26 meetings – the grand final of the Mr Modified Series and the Australia Day Cup.

It's also a very significant weekend for the AMCA Nationals Sedans with the annual running of the Northern Rivers Classic over both nights.

The initial race date (January 25) will feature preliminary heats and feature race, before the important following evening when the remainder of the heats will be decided which will determine the qualifiers for the Classic.

The event, which is supported by the local Snap-On Tools franchise outlet, has attracted drivers from Queensland as well as the top AMCA competitors from NSW.

The AMCAs, like the V8 Dirt Modifieds, are set for a very busy weekend with plenty of racing laps to decide the winner of the 2020 running of the Northern Rivers Classic.

Wingless Sprintcars are also programmed and their main events over the weekend carry points in the BH Contracting sponsored Driver to America series.

The other support divisions on the variety race card are Production Sedans, Junior Sedans, National Fours Sedans and Street Stocks.

Gates open at 4PM and racing commences at 5:30 on both nights. 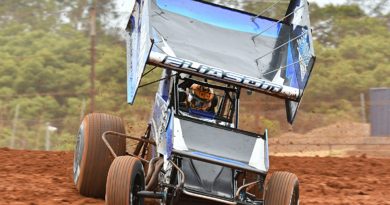 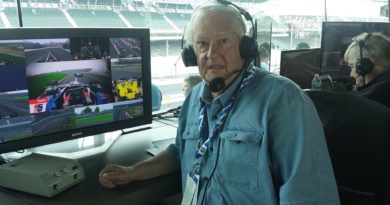