EVERY driver wants to win the prestigious Australian Speedcar Grand Prix, which will be held at Castrol Edge Lismore Speedway Saturday night (March 23).

This weekend represents the 68th running of this classic event which carries more history than any other car race in Australian speedway. The AGP was first held in 1938 at the Sydney Sports Ground and won by New South Wales driver Les Dillon. Little was it realised way back then, that inaugural running set a pathway for the future as the AGP is now recognised as one of the oldest Speedcar races in the world.

It comes to Castrol Edge Lismore Speedway for the first time and it's quite a coup for promoter David Lander to secure this most sought after race for his track after completing successful negotiations with the state sanctioning Speedcar Association of NSW.

“Bringing this race to Lismore is very special and adds to the great history of Lismore Speedway,” Lander said.

“The Australian Speedcar Grand Prix is recognised the world over and this weekend there will be visitors coming to Lismore especially for the race. It's not only a win for the speedway venue but also the city of Lismore.”

The AGP is labelled the Melbourne Cup of speedway, such is its status and the place it holds in Speedcar racing. The fascinating statistic surrounding the AGP relates to the number of winners. It's not an easy race to win as only 44 drivers are members of this exclusive AGP club due to the fact that over the years there have been some dominate winners. Sydney's Mark Brown holds the record with six victories (2004, 09, 012, 013, 014, 015) while the late Ray Revell, Andy McGavin have five wins each. Legendary American ace of the sixties the late Bob Tattersall recorded four wins (1960, 1962, 1966 & 1969).

Drivers contesting the 68th edition of the great race will be seeking to have their name engraved on the AGP perpetual shield which is a piece of hardware which has a history as long as the event - DENNIS NEWLYN. 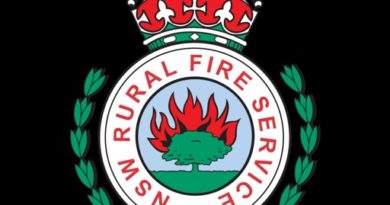 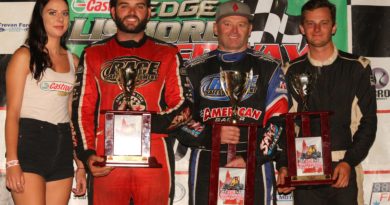