ONE very lucky and talented Wingless Sprintcar driver will walk away with an air ticket to America following this Saturday night's (April 27) fixture at Castrol Edge Lismore Speedway.

The man sitting in the box seat and poised to make the win in the 2018-19 season Lismore Workers Club Driver to America Wingless Sprintcar series become official is Jacob Jolley.

Jolley holds a comfortable lead in the tournament entering the Grand Final.

But there are still points to be won and lost so everything hinges on a season's work coming down to one race.

It's all about keeping the car on an even course throughout the night's racing, which involves heats culminating with the title-deciding main event.

“The fact that the season-long series goes right down to the wire each year to determine the winner, shows just how competitive this series has become. I also want to take the opportunity to thank the Lismore Workers Club for their sponsorship support of the Driver to America Wingless Sprintcar series. It's very much appreciated and I know it has been very well received by the drivers.”

Even though Jolley has one hand on the air ticket, he still needs to bring his A-game to the table and score the necessary points to put the outcome beyond doubt. It all adds to an exciting conclusion to what has been another very successful series at the venue.

For more information on this coming Saturday night's fixture log on to: www.lismorespeedway.com.au or phone Lismore Speedway office 66212733 during business hours -DENNIS NEWLYN. 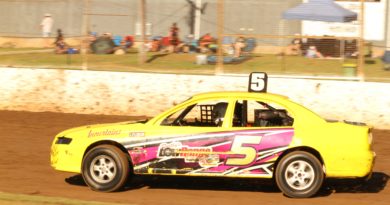 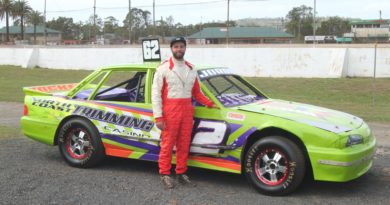