However Mick is looking forward to competing at Lismore and the challenge that awaits.

“It's really good to run there (Lismore) sideways all the time and if you can get a good flow and build up the momentum it's enjoyable to race hard at Lismore. It really is a momentum track,” Mick said.

Most of the entrants have not raced Sprintcars regularly over the past season or so due to COVID and the Sydney competitors also have had to endure the closure of their Valvoline Raceway (Parramatta) home base.

For many, this Sprintcar night at Castrol Edge Lismore Speedway is like starting all over again after such a long break from regular racing.

“It has been tough for everyone really after what has happened with COVID and how the racing has been interrupted over the past 18 months,” promoter David Lander said.

“But we are now getting back to some normality, so here is hoping the 410 Sprintcar drivers will put on a good show for our Lismore supporters,” he added.

Mick Sauer comes into the starting line-up as a local representing Pottsville where he and his wife run Pottsville Self Storage and Pottsville Landscape Supplies companies.

Sauer, 41, has been racing Sprintcars for seven years after he started his speedway career driving Stock Standard Sedans before he moved into AMCA Sedans, then into V8 Dirt Modifieds before he switched to the Sprintcar ranks.

He said one of the reasons why he decided to go Sprintcar was “another challenge to meet” in his career.

The line-up includes former Valvoline Raceway Track Champion Sam Walsh who, like many, has not raced regularly in recent times.

In addition to the 410 V8 Sprintcars, there will also be racing for Wingless Sprintcars, Production Sedans, Street Stocks and Junior Sedans.

The 410 V8 Sprintcar part of the big variety programme consists of hot laps, time trials, heats, a dash event and culminates with a 30-lap feature race. 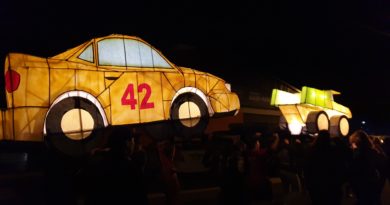