On May 4 Castrol Edge Lismore Speedway will host one of the most lucrative demolition derbies ever held on the national speedway scene.

It's the Australian Demolition Derby Championship and members of the general public holding a current driver's licence can enter.

It's a rare opportunity to be crowned the best demolition derby speedway driver in the country without even being a speedway competitor in the first place!

There's another very good reason to file an entry via the Lismore Speedway website (www.lismorespeedway.com.au) – there's 2,500 reasons at a dollar each to nominate now.

That's what the winning driver pockets – $2,500 in cold, hard cash! The winner also gets a magnificent trophy that will stand proud in any display cabinet!

It's a crash for cash epic!

Don’t waste time to think about it: just enter now to be a part of what could be a lucrative windfall for less than an hour’s work!

A driver who enters the demolition derby has only one objective in mind and that is to crash his opposition into submission in order to win the “race” as the only car left running on the track.

That's a rule that will never be found in any other speedway race and competition event regulations handbook where “gentlemanly track etiquette” is not only desired but mandatory at all times.

It's almost anything goes in a demolition derby which resembles a bull fight on wheels!

Cars will be crashed, bodywork will be absolutely battered, doors demolished and mud guards mangled as the epic survival of the fittest rages into the ultimate elimination contest!

Sometimes the winning car has few panels attached and is not even on four wheels! Just so long as the motor is running and it's mobile and is the ultimate survivor of this crunching metal mayhem, that's money in the bank - $2500 in fact!

Promoter David Lander can be contacted directly on 0408222908 and will accept your nomination over the phone after contact details for nomination forms to be forwarded either via email or post are provided. Give him a call or download the from off the web page. 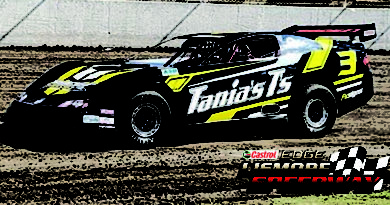 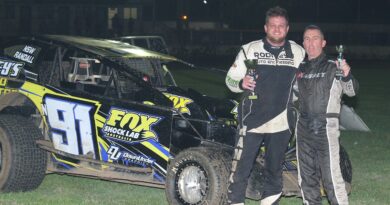