MITCH Randall absolutely blitzed the opposition as he raced to an impressive victory in the opening round of the Mr Modified Series at Castrol Edge Lismore Speedway, Saturday night, December 26.

Randall was never seriously challenged as he dominated the 40-lap main event and when he took the chequered flag he was 4.285 seconds clear of runner-up Andrew Pezzutti, while third placed Mark Robinson was 6.412 seconds behind Randall at the finish.

To emphasise the win even further, Randall set the fastest lap of the race nearing mid-distance when he stopped the timer at 14.191 seconds for a recorded speed of 101. 473 km/h.

Randall had the perfect night and was a winner right from the outset after he took out the opening heat and then followed up with a victory in the eight lap dash with his best lap a fast 14.259 seconds (100.989 km/h).

“It was a wonderful night for us,” Randall said during the trophy presentation. “Everything came together and I am delighted to win the opening round of the series.”

The main event away got away to a spectacular start after cars came together involving Andrew Firth and Scott Quirk, the latter sustaining a flat tyre before a lap had been completed. Blake Eveleigh also was caught up in the incident before the commencement of the 40 lapper.

Marley Weller spun and was run into by Dunn and all these incidents happened in the first four laps.

But when the race finally settled down Randall took off into the distance.

Cannon and Schofield ran close in a battle for the minor placings, while Robinson closed on Pezzutti in the latter part of the event in the race for the remaining two podium spots.

Chris Corbett, Scofield and Firth were the other heat winners, while Brent Hall won the B-Main.

It was a tough night for the Wingless Sprintcar division after Jacob Jolley rolled his car in the main event and other crashes involved Mick Reid and Brock Gardiner. Trent Martin ultimately took out the Wingless feature from Seiton Young and Michael Butcher.

The big fixtures continue at Castrol Edge Lismore Speedway over this holiday season and attention now turns to New Year's Day (January 1) when the Monster Truck Spectacular will be the major attraction. 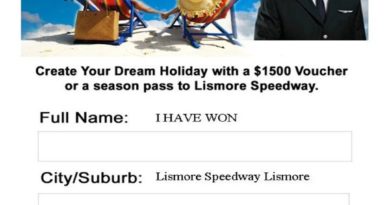