Here at the pits you can find out a little more information about your favourite class of vehicles that race at Lismore Speedway.

Click the play button and hear Jade explain this page for you. 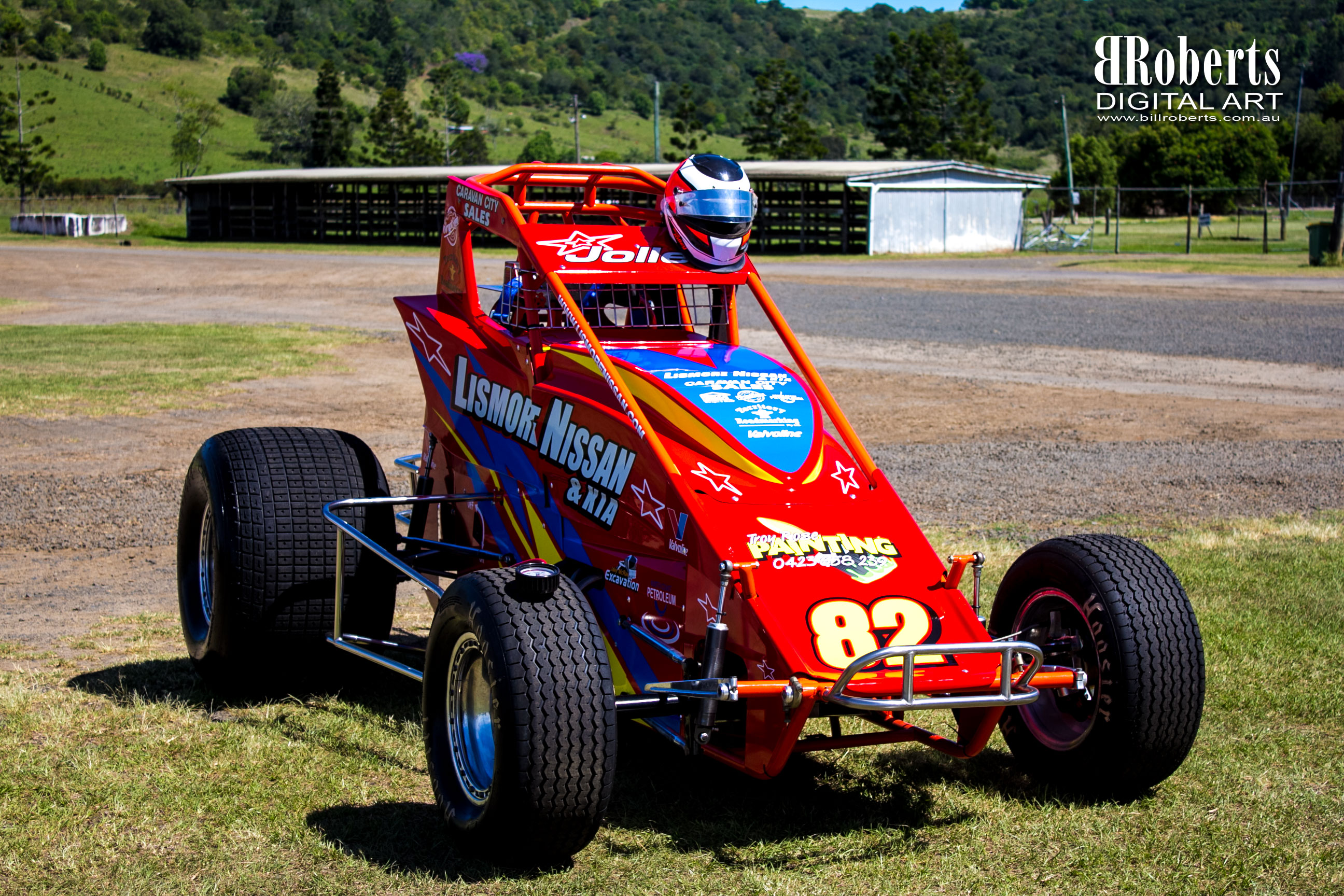 Wingless Sprintcars have made an incredible impact on the national scene in the past 12 years.

From a very small number, the class has grown to hundreds right across the nation including Tasmania.

The cars, which are part of the framework within the Sprintcar Control Council of Australia, run under their own national controlling body, Australian Wingless Sprint Racing (AWSR).

The cars were introduced primarily as lower cost entry category into winged Sprintcar racing. The steadily increasing numbers in recent years have also made Wingless Sprints a legitimate racing class with an identity of their own.

Cars are powered by V6 Holden engines out of the VN, VP and early VR Commodore GM models.

Very few modifications are allowed to the engine, except the use of bigger pistons up to 40-thou over the standard product. The fuel injection system that can be used allows for the use of methanol. Camshaft must be the original GM product, put new rod end bolts at the bottom of the engine are allowed in order to make the motor stronger.

Cars run a conventional Sprintcar chassis and power from the engine is transmitted to a quick change rear end enabling the use of different gear ratios for prevailing track conditions.

Cars come equipped with a starter motor and starting is as simple as just locking the car into gear first.

Cars runs under specific Sprintcar rules from the SCCA under the jurisdiction of the AWSR. 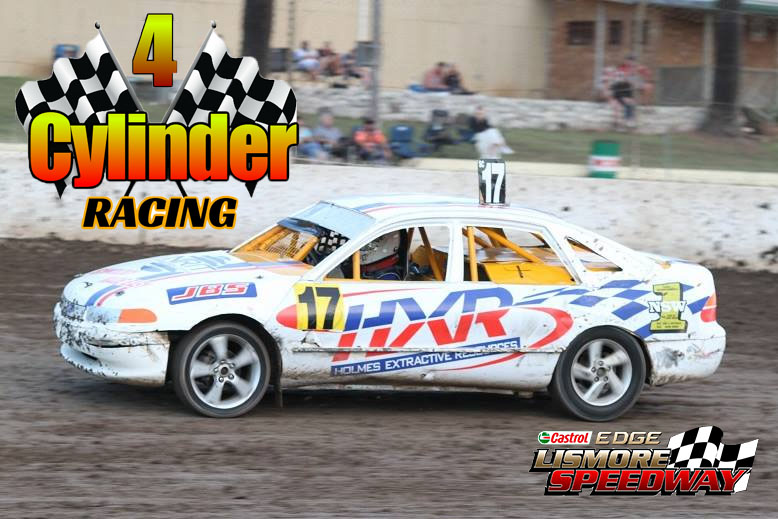 4 cylinders class have no restriction on their engines but no forced induction or rotary engines.Multiple throttle bodies and highly modified engines with after market computers are common. Methanol fuel can be used but no nitrous. The engine block must match the vehicle ie Honda to Honda Ford to Ford Toyota to Toyota.

Late Model Sedans are very much an American speedway invention that has found its way to Australia.

The car specifications are closely aligned with their American counterpart which means drivers can buy the latest cars out of the US and race the fully imported Late Model Sedan under the local rulebook requirements.

This uniformity has led to a massive expansion of the division in more recent years after initially starting in Western Australia in the late 90s.

The cars run up to 430 cubic inch V8 engines. The only major governing engine rule is the motor must run a carburettor and have two valves per cylinder. The engine blocks are especially designed for racing in Chevy and Ford engine configuration.

The left hand drive cars have grown considerably in numbers and are very strong in Western Australia, New South Wales and Victoria.

Street Stocks are a national class of racing under the category of a lower cost entry division into the sport.

Street Stock racing features mainly Holden Commodore and Ford Falcon brands. Fuel injection is permitted for use on four or six cylinder engines. Cars run on .98 premium pump fuel. Earlier models have a standard carburettor with extractors. These engines can have performance modifications to cylinder head valves and camshaft for six cylinder engines only. All Street Stocks must have standard flywheel and clutch.

The class over the years has been ruled by two separate controlling groups – the Restricted Sedan Association (RSA) and Speedway Sedans Australia Street Stocks.

The overall configuration of the car and racing rules are the same except for minor specification differences between the two controlling bodies.

The Street Stock class is derived from a hard top road car and family vehicle as per the compliance plate and designated as a selling make and model in the Australian automotive marketplace. This designation comes originally from models sold through authorised car dealers and service networks.

No V8s are permitted and the “base model” is used for silhouette and measurements. Four wheel drive/and or four wheel steer models are not permitted. 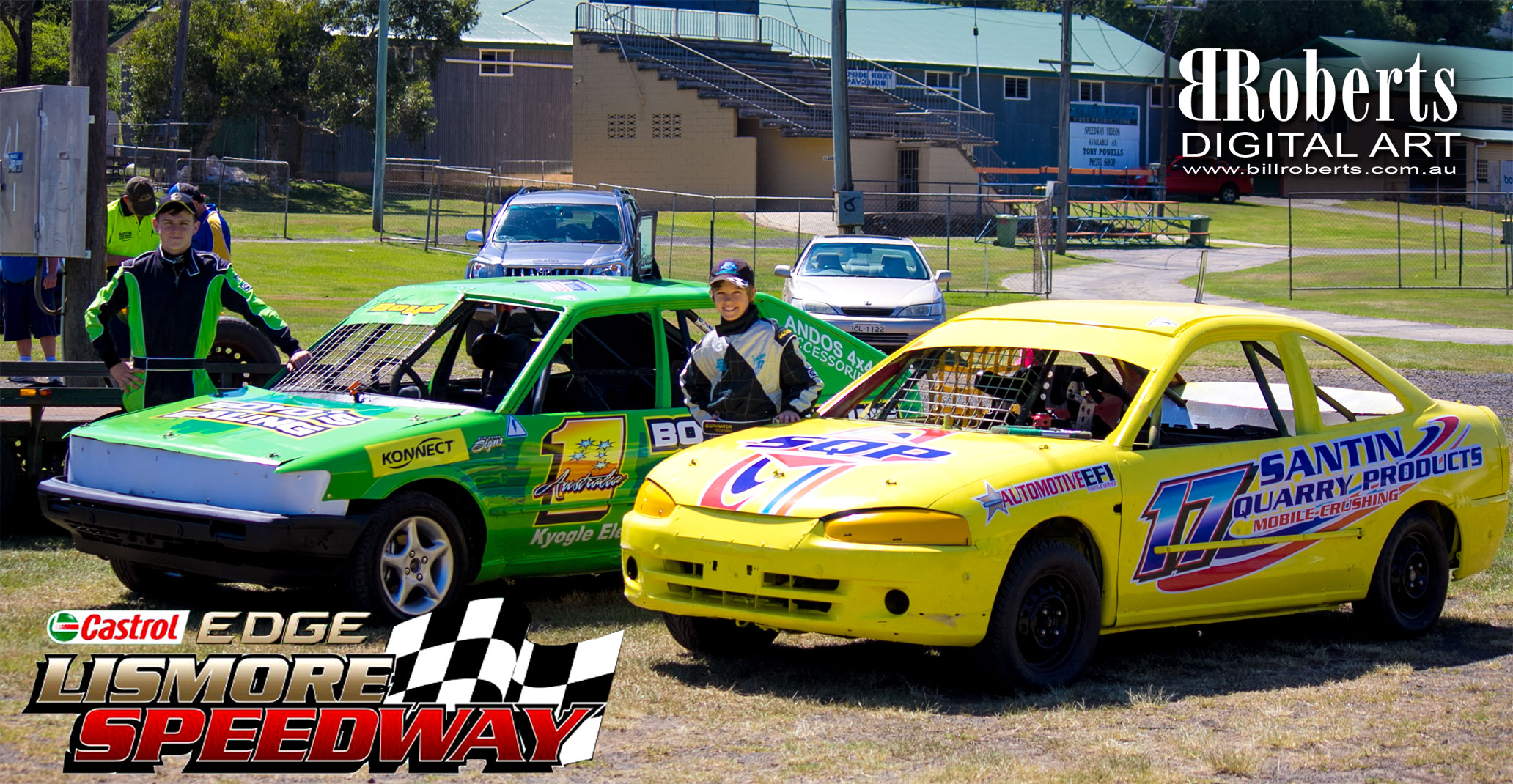 Junior Sedans is a class for our younger drivers from age 10 to 16 all junior engines are maximum of 1600 cc and 100 kw (130 hp ) DOHC most have std fuel injection and computer and have to remain std . Premium 98 fuel maximum allowed. However racing at Lismore is a 1000cc Charade a 1200 cc Corolla a 1500 cc Hyundai Excel . 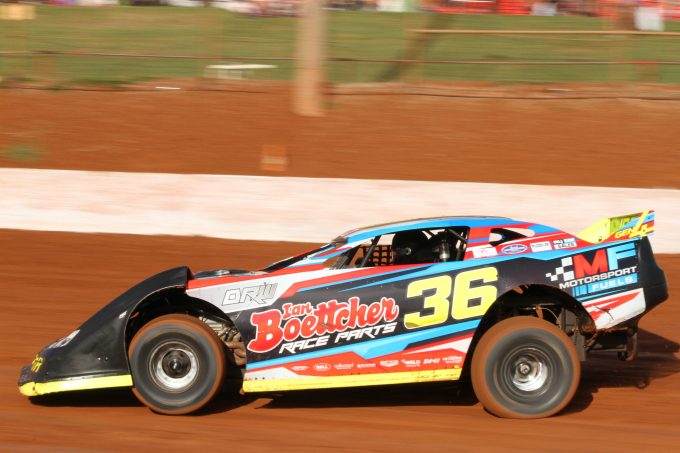 Super Sedans entered the national racing scene in the early 1980s but in later years took over the focus from the bigger dimensioned Grand Nationals as the premier sedan category in Australia.

Today, Super Sedans run under the control of national governing body Speedway Sedans Australia (SSA) after the GNs were phased out years ago.

The purpose behind the introduction of Super Sedans was to relate with a car that raced on the speedway more closely to the general public and the family passenger road vehicle.

The first Australian title, won by Victoria'a Kevin Dalton in a Holden Monaro, became the history-making event for the chief Sedan category of the era.

Today, Dalton's Holden Monaro falls more into line with Street Stocks, but back in 1971 it was the accepted racing equipment for the number one sedan division of the era

The silhouette of the car appearance has changed since 1971 with more modern, sleeker lines derived from specially built cars, classified as Super Sedans, out of racecar factories. 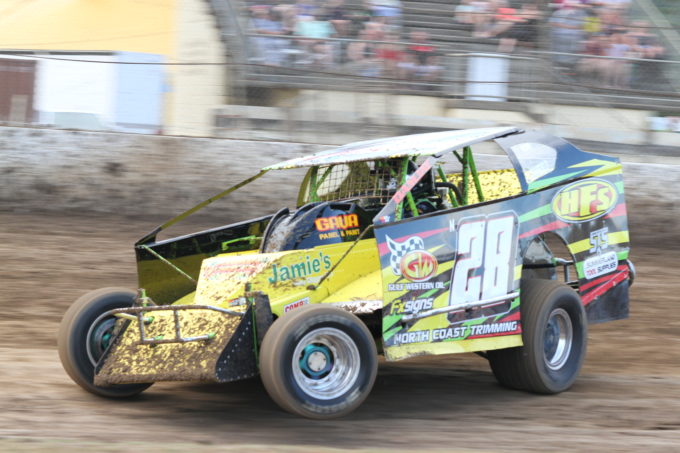 Modified Sedans are now a stand alone category of Australian speedway sedan racing after originally classified under the umbrella of Production Sedans.

Today's Modified Sedan is not considered a break-away category from Production Sedans, just in reality, yet another section in the long line of Australian speedway sedan divisions.

Cars are a representation of vehicles off the showroom floor as a typical family road going passenger car. Most popular makes are Holden and Ford and, like Production Sedans, this is one of the attractions to this form of speedway sedan racing as the long running motor sport tradition of Holden versus Ford is played out on the speedway track.

ENGINE: EFI CONFIGURATION a) Maximum 6 cylinder reciprocating engine to 4500cc absolute OR twin rotor rotary engine. The following are specific items relating ONLY to models produced with OEM Fuel Injection:- (i) Passenger car fuel pumps only are permitted. (ii) Computer control units are not restricted. (iii) If OEM unit includes ignition, the modified or replacement CCU must also perform this function. Size of Throttle Body: Throttle Body to be OEM type and size for model engine being used and to be standard in Internal and External appearance. (No machining or alteration permitted) (16/09/17).

(b) Engine block to be of original type and make for model, or earlier engine not after-market alloy or iron replacement. c) Engine changes permitted if of same make, series, type and configuration as original for model (Buick is not Holden).

(I) Race engine to be based on passenger car engine only. (ii) Manufacturer’s markings to remain on engine block castings. (iii) Harmonic balancer optional. (d) Crankshaft stroke not to be increased or decreased relative to the block being used. (e) Cylinder head to be of original material, type, make and configuration. (f) If resilient engine mountings are used, a 6mm wire cable or 6mm chain restraint must be fitted. (g) Dry sump lubrication not permitted. (h) Remote filters, coolers, etc. to be isolated from driver by a 1mm firewall, mounted securely below door height, as to not impair vision through cabin.