However, it is assured the battle for the title will go right down to the end of the season as Trent Martin, who commands a close second to Jolley in point standings, finished runner up in the feature. Third man to the chequered flag was Ian O'Toole.

Jolley was the dominant driver throughout the 15-lap feature race and posted the fastest time of the event when he put down a 14.859-second lap for a recorded speed of 96.911 km/h.

Jolley was kept up to the task throughout the race as Martin chased hard and at one point early in the event there was little between the two top runners.

The interesting factor behind the weekend's results is that Martin is still close enough in points to win the 2020-2021 Wingless Sprintcar Track Championship. Entering the April 10 fixture only ten points separated the two at the top of the standings.

It sets the scene for a close finish as Jolley and Martin battle for honours.

Jolley served notice earlier in the night when he took out a heat event, while other heat winners were Martin, Seiton Young and James Grady.

It was a tough night for Corey O'Toole who took a tumble in heat three for the Wingless cars, however he escaped unscathed.

Meanwhile Josh Boyd, who was a man of all trades at the meeting with a spot of announcing, took out the 15-lap Production Sedan feature race from Maddison Harkin and Jordan Biviano, who presented Boyd with his winner's trophy on the dais. Biviano also bested the opposition in the pole shuffle

Jacob Waller took the honours in the Junior Sedan feature race, while Jacob Leisha was the winner of the Street Stock feature race. Leisha also dominated the pole shuffle results.

A highlight of the meeting was the Monster Truck appearance and a spectacular fireworks display. 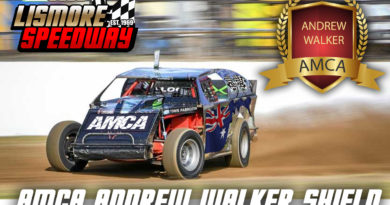 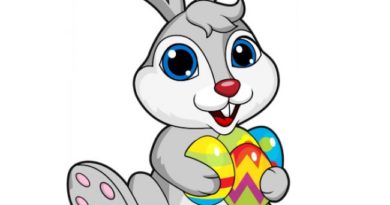