V8 Dirt Modifieds will round out their very busy 2018-19 season when they contest the Easter Nationals at Castrol Edge Lismore Speedway Easter Saturday and Sunday night (April 20 & 21).

The two night spectacular is the culmination of plenty of laps around the Lismore Showground since the season opening V8 Dirt Modified Lord Mayor's Cup last November.

“The Nationals have attracted a good field and there will be plenty of racing for the V8 Dirt Modified division over the two nights before we get to the 35-lap final on the Easter Sunday night. We also have a preliminary feature race for V8 Dirt Modifieds on the Easter Saturday night,” promoter David Lander said.

In addition to the feature race competition, the V8 Dirt Modifieds also will contest time trials on the Saturday night, while heat race events, dash races and B-Mains will also be held both nights.

There's a lot of racing for the V8 Dirt Modified competitors to end their season on a high note.

The make up of the two night fixture will also include support categories with events for Production Sedans, Junior Sedans, AMCA Nationals, National Four Cylinder Sedans, Street Stocks and Wingless Sprints. The race card represents one of the biggest programmes of the season.

It's a very important meeting for the Wingless Sprintcars.

This long weekend also is busy for the Wingless Sprints with the running of the Easter Sprintcar Trail which takes in three tracks.

Castrol Edge Lismore Speedway hosts the final round on Sunday night after Wingless Sprints commence the trail at Toowoomba Speedway (Good Friday), followed by round two at Brisbane's Archerfield Speedway the next night.

Points are also up for grab in the penultimate round of the Lismore Workers Club Driver to America series. Despite suffering from a hand injury, tournament leader Jacob Jolley has entered. Jolley enjoys a handy 55-point lead over Brad Claridge in the battle for the American air ticket.

Gates open Saturday and Sunday at 4PM and racing both nights commences a 5:30 - DENNIS NEWLYN. 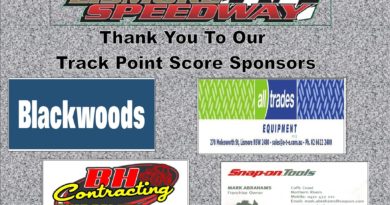 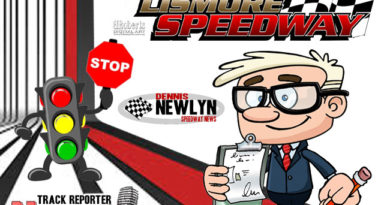