CASTROL Edge Lismore Speedway promoter Dave Lander will host a round of next season's World Series Sprintcars Championship at his venue.

Lander is delighted to announce the return of WSS to one of the original tracks on the schedule when the series was introduced to Australian speedway way back in the 1987-88 season.

The exciting announcement comes in the wake of Lander finalising the upcoming 2019-2020 season. WSS teams will haul into the City of Lismore for the show on Tuesday, January 14, while the following night (January 15) will be the rain date.

Lander made it clear he wanted to revamp the upcoming schedule from previous Lismore seasons and he has stuck by his intention of bringing quality fixtures to the venue.

However it comes at a price!

“It (WSS) will be the most expensive show of the season,” he admitted.

“But it's a chance to again be involved with World Series Sprintcars, which I have had a close affinity with over the years and I made the decision to accept a round when it was offered to me.

“It's all about giving the fans what they want and World Series Sprintcars remains very popular in the framework of Australian Sprintcar racing.”

The date fits in perfectly with the southern swing on the WSS championship trail after the travelling tournament completes its Queensland commitments.

“It does sit well for us on the schedule and, even though it is a week day event for Lismore, it's in the middle of the holiday period and our summer season high time, so I am anticipating a big crowd will be on hand,” Lander explained.

Meanwhile, the upcoming 2019-20 season at Castrol Edge Lismore Speedway will commence on Saturday, November 2, with the annual running of the V8 Dirt Modified Lord Mayor's Cup.

Sixteen race nights are again scheduled between November and the final meeting of the 19-20 schedule on April 26.

V8 Dirt Modifieds and Wingless Sprints will figure prominently throughout the season. 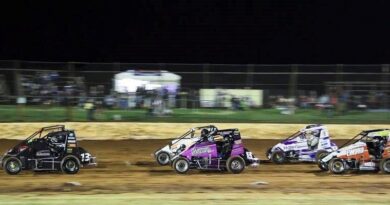 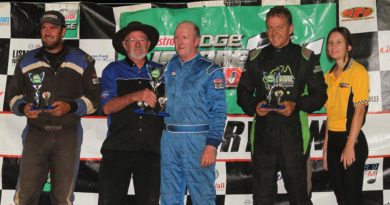 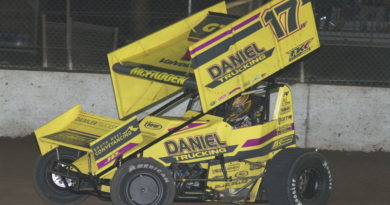